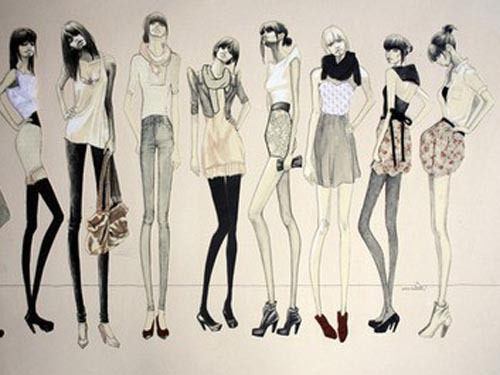 Recently, the clothing and textile e-commerce summit forum was held at the Dalian Expo. â€œThe Taobao model is a phased transitional product of e-commerce.â€ Cao Lei, director of the China Electronic Commerce Research Center, told reporters that for physical companies, online stores are only a marketing channel rather than an alternative, leaving the physical store to focus The act of burning money online is not desirable. "The news of Alibaba's listing may stir another wave of corporate e-commerce." Cao Lei said, however, the figures show that online shopping has not become the main channel for consumers in China and the world. As far as the most concentrated apparel industry is concerned, the current penetration rate of online shopping is only about 20%. The proportion of retail sales of consumer goods in the country accounted for less than 10% of online shopping sales. Looking at the world, even in the United States where Internet marketing is relatively mature, this figure has not exceeded 30%.

Cao Lei said that Alibaba has just landed on the U.S. capital market and Ma Yun has become the richest man in mainland China. The most profitable thing in Alibaba's e-commerce business is the broad "big Taobao." When Dangdang began as a book product, Jingdong began with digital products. When Taobao was founded 11 years ago, it was through clothing categories that started as a starting point. From this perspective, it is the garment industry that created today's Taobao and Ma Yun. He believes that clothing e-commerce is still facing a broad market, Taobao's success, should let clothing e-commerce think about the way to go. In some cases, development may not be able to grab an early opportunity. In fact, Dangdang and Amazon's outstanding e-commerce providers must start earlier than Taobao. However, Taobao can succeed because it conforms to the development trend of e-commerce.

However, Cao Lei reminded that in the past few years, the e-commerce transaction volume of the apparel industry has seen an explosive growth, and the future growth space is also very large, but blindly entering the e-commerce field is by no means a good idea. "After the establishment of an online store, the physical marketing is the most cost-effective link." Cao Lei said that the current well-known online shopping platform has become an advertising media, and 60% of its revenue comes from the company's marketing investment. In terms of entity companies, the cost of online promotion is also rising. According to the survey data, a company's online shop wants to urge a new user to never know until it knows, to know the product, and finally to place an order. The average "per-acquisition cost" per order is 260 yuan. The Peninsula Morning News, Hai Li Net Reporter Su Lin