In the past, 30% of Inman's styles were produced through fast supply chain. Although the response was rapid, the prepared fabrics were prone to fading and open lines. The quality of Amoy brand clothing was seriously criticized. In 2012, Fang Jianhua gave a death order to the team and demanded that the qualification of the processing factory must be upgraded to raise the quality to the standard of the national first-class product.

Amoy brand Inman is how to find customer groups? The company did a research and drew a list of Dangdang.com users and what books they bought at the same time. They found that these female customers had more books on literature, art and childcare, and eventually defined the target audience. A group of "literary young women" who love reading.

Double 11 is a carnival belonging to the Amoy brand. Ma Yun selected Haier, Men's GXG and Women's Wearman brands for the first time this year. The original women's clothing brand that was born on the Taobao platform has entered the top three of the women's clothing sales chart for three consecutive years. In the era of e-commerce, Inman has steadily occupied the first and second position. Inman's founder and CEO Fang Jianhua said: â€œIn 2010, we did 6.8 million, originally planned to do 1 million; in the second year we have done 17.87 million; last year we did more than 7000 million, and this year we have already achieved 100 million. It was never imagined how much it could be done by 12 o'clock." The result was 120 million yuan this year, and it topped the list of women's clothing brands on the double eleventh day.

That night was worth celebrating the Tmall platform and Amoy brand merchants. However, after the double eleventh, Fang Jianhua went to Jiangsu, Zhejiang and Shanghai. He is "not kind" and he only looks for the bad brand chats in the past two years. He talks to each other and he sighs. He secretly learns. "The company is developing at a high speed. I just want to find those who have gone the wrong way. They did it before. It's very good, but now they can't do it. Their detour is that Inman will avoid to go in the future.â€ Although relying on the Tmall platform has taken the initiative, but the party still has a sense of full crisis, Inman's rapid growth should be how Avoiding being overtaken is still a thing that bothers him.

In the Haizhu Creative Industrial Park on the industrial avenue in Haizhu District, Guangzhou, Inman has occupied the second and third floors of a whitewashed factory building. Fang Jianhua, who studied clothing design, made every effort to decorate the office area with artistic and artistic atmosphere. The height-raising space was originally the workshop of Fang Jianhuaâ€™s earliest garment processing factory. The transformed walls were painted in wood color, and the roof was a variety of painting puzzles. In front of the open office area, a corner is set up to display ceramic works created by employees. Several old wooden door doors are said to be antiques from the flea market. The third floor is more like a standard internet company, except that there is a laboratory for detecting fabrics in rows of computers.

As a founder of the top three Amoy brands in the Tmall ladies' fashion, Fang Jianhua thinks that dress is very personal. On the day of the interview, the color of his clothes was more than eight - a single cardigan had four colors, the back and sleeves were blue, the front and left cardigans were autumn and dark red, and the buttons were bright copper. color. With a pair of red washed cloth pants, a pair of white shoes, coupled with the image of the bald head and Armani's frame mirror, the entire costume and his strong build of the art and leisure brand image is consistent.

From a mere 20-person foreign trade clothing foundry to an Amoy brand that now sells more than 1.5 million nets a day, Fang Jianhua believes that everything is thanks to Alibaba and Ma. He hung a portrait in his office, a composite image of a human face, Ma Yun on one side and Fang Jianhua himself on the other. "Ma has changed the fate of our company. Before we did foreign trade together, we didn't go to innovate and didn't keep up with the Internet. Now it's gone. We have realized the brand's dream in the e-commerce environment he created. Fang Jianhua said to "Chinese entrepreneurs." 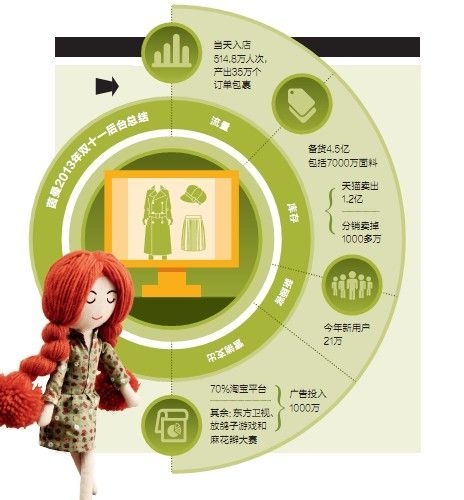 However, these were not thought of when Jianhua first saw Ma Yun 8 years ago.

In 2005, Alibaba convened the first online business conference in Guangdong Province at Dongfang Hotel in Guangzhou. When Fang Jianhua heard the news, he was surprised when he heard that a fan project had received many foreign orders through the Internet. After the meeting, Fang Jianhua paid 2,800 tuition fees to Alibabaâ€™s TrustPass. Since then, many overseas customers have contacted Fang Jianhua's factory. Through screening, Fang has established long-term cooperation with several overseas customers, including Forever 21, which is still active in the US fast fashion market, and a Korean Internet brand shop. At that time, Fang Jianhuaâ€™s factory received about 1,500 orders from the Korean online store every day. The other partyâ€™s arrival quickly sold out on the Internet.

After the opening of the foreign trade business, the factory quickly reached the scale of thousands of people. Fang Jianhua was not content to work for others. In 2008, he founded his own brand, â€œInmanâ€, which not only did wholesale offline, but also opened Taobao stores. However, he soon discovered that the distributors who had been wholesale to the offline dealers were also selling on Taobao, and they were even cheaper than he sold, and there was a problem with the â€œscrambling pricesâ€ that O2O encountered. Fang Jianhua can only register another brand. The same clothes are sold online called "Yin Man", and the line is called "Libera". It has been sold for a while.

Afterwards, Taobao Mall came to Guangzhou for investment and Fang Jianhua decided to try it, becoming one of the first 4,000 sellers to join the mall. At the same time, Fang Jianhua divided the company's business, handed over foreign trade to other company executives, and focused on e-commerce. South Koreaâ€™s online retailers sent crazy orders every day to stimulate Fang Jianhuaâ€™s advancement into e-commerce. .

Compared with the status of Hanwoo's second-ranking women's clothing brand, Handu Clothes, â€œmaking money from the start,â€ Inman has been losing money for the first three years. In 2008, only a few million shipments were sold, and the companyâ€™s original foreign trade business was in full swing.

"The competitive environment of the early days of the Internet was not very good, and things were selling very cheaply. They were all fighting price wars," Fang Jianhua concluded. "There is another reason. The consumer group targeted by Yinman was about 30 years old, and it was too big." Some of the brands that sold well on Taobao at the time, like the Seven Grids, were targeted at young people in their early 20s, â€œBecause online shopping was still young.â€

Fang Jianhua took advantage of his wife and company employees to continue to be an e-commerce business. Most people said that he was â€œnot doing a good jobâ€. An old accounting firm in Guangzhou advised him to â€œdo more good foreign trade, so many large orders, and engage in retail sales on the Internet. Human."

It can be said that "Double 11" makes Inman see the hope of e-commerce. In 2010, Inman first joined the Double Eleven. Fang Jianhua said at the time that Taobao Xiao Er said that he expected sales of more than 100 million, but he had no idea at all. However, the result was completely unexpected. All the prepared goods were sold out. "Like the flood, the software has collapsed." That day, Inman sold 6.8 million. Throughout 2010, the transaction volume exceeded 70 million, and Inman achieved a balance of payments. In this year, Fang Jianhua made up his mind to cut down the company's foreign trade business for more than 10 years and made it as an e-commerce company.