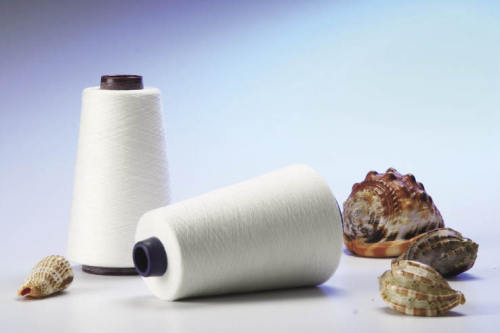 In December 12th, the export volume and amount of raw materials increased substantially, while the increase in export amount was less than the growth rate, indicating that the average unit price of export products decreased. Exports of clothing and accessories have also rapidly rebounded, and the export value of other textile products, such as shoes, hats and umbrellas, has grown relatively rapidly.

The consumption data showed a more stable recovery. The retail sales of social consumer goods and textile clothing, caps, hats, and pins textile enterprises above designated size continued to rebound in December, and basically exceeded the most difficult period.

The main business income and profits of textile enterprises continued to increase year-on-year, and the growth rate was relatively consistent, indicating a simultaneous increase in profits and income; the cumulative value of industrial sales decreased slightly year-on-year, and the export delivery value increased cumulatively, but compared to last year Decline. The year-on-year cumulative growth of profits of apparel and apparel companies was lower than the accumulative growth rate of main business revenues, indicating that the profitability situation was relatively poor; the cumulative value of industrial sales and export delivery values â€‹â€‹were relatively stable. In 2012, compared with 2011, it has dropped substantially and has basically hit a bottom. The low base effect in 2013 may bring about an increase in growth rate.

Investment Strategy In January, the market conditions were relatively good. The textile and clothing industry lags slightly behind the broader market. In particular, the apparel and home textile industry experienced another stagflation and the overall valuation declined. The better rally is the concept stocks, such as the companies involved in the Wenzhou Gold Reform, as well as the overall rising home textile industry. Home Textiles benefited from the concept of consumption growth before the Spring Festival, high market sentiment and performance of the real estate sector, and it appeared the best trend after the deep fall in the second half of 2012. However, because of the large increase, it has accumulated a certain amount of risk. The excellent performance that may occur in the first quarter has already been digested by the market. In the future, the trend of home textile companies may weaken. At present, the market has begun to enter a period of intensive performance forecast. The market for a period of time in the future will be dominated by performance forecasts and other news, and the companies whose performance exceeds expectations, such as an upward revision of profits, or a turnaround, may be concerned.

Based on the industry nature of consumer goods and the recovery of consumer data, the overall â€œneutralâ€ rating on the textile and apparel industry is maintained. Recommends to issue additional shares in the Bank of China Cashmere Industry that once again carried out capacity expansion and expansion of product lines and consolidated its leading position in the industry. Langzi shares, which resulted in one-time accruals and oversold fees due to the cancellation of the equity incentive plan, and Meibang Garment, which achieved effective inventory management .

According to a report released by China Textile Federation, the pressure on the development of the textile industry has increased in 2012. In addition to the low demand in the international market, the widening price gap between domestic and foreign cotton is also a reason. Affected by domestic management policies, the domestic cotton price was about 45% higher than the international market at the end of 2012, which seriously affected the competitiveness of the cotton spinning industry chain.

Gao Yong analyzed: â€œCotton prices are now imported, even with tariffs, a ton is still only about 1.3 million, and the current purchase price of the State Reserve cotton reached 20,400 yuan, the selling price is 19,000 yuan, the spread reached 6,000 yuan Although many domestic textile companies already have very little stock of cotton, they are still reluctant to buy state-owned cotton instead of chemical fiber, so natural fibers are used less and less in textiles such as clothing, and the proportion of chemical fiber is used. Increase."

Without this quota, cotton companies only purchase domestic cotton, which is much more expensive. In 2012, China issued a total of 1.894 million tons of cotton import quotas. For enterprises, the more quotas they receive, the more low-priced imported cotton they can buy, and even a "quota" industry. A quota of one ton of imported cotton was sold for more than 3,500 yuan.

Wang Tiankai, president of the China National Textile and Apparel Council, said that at present, the international cotton market is still in a state of oversupply, and the United States and other major cotton producing countries have not reduced the signs of planting. Therefore, in 2013, international cotton prices still lacked the momentum for a sharp rise. China may also continue to implement the policy of temporary purchase and storage of cotton, and the estimated purchase price will not be reduced. Therefore, domestic cotton prices will remain high in 2013, and the issue of cotton price difference between domestic and foreign countries will continue to exist. "In this case, it is possible that the prices of cotton textiles, especially pure cotton textiles, will become higher and higher and may even become luxury goods." Gao Yong, vice chairman of the China Textile Industry Federation, told the editor.

In the winter of the clothing industry's overall encounter, most of the branded apparel companies are not alone in their own right. Yesterday, news of lay men's layoffs targeting business men was reported. However, the relevant persons of the Men's brand men's clothing said to the editor of the â€œFirst Financial Dailyâ€ that the performance of the Menâ€™s Card brand was still good last year. It was only the routine elimination of the personnel that was carried out every year.

This person told the editor that within the company, at the end of the year, each department will carry out assessments, and those who fail the assessment will be eliminated. This year, the eliminated employees will receive n+1 compensation (that is, 1 for working years plus monthly salary). This kind of assessment will occur every year.

However, according to an industry veteran, since the second half of last year, a considerable number of clothing companies have conducted a substantial reduction in personnel, including some well-known companies. "Because of poor ordering, many garment companies have even reduced their warehouse staff by half."

For dealers, it has become a common consensus that stores cannot make money. A Yantai distributor in Shandong, which operates a number of clothing brands, told the editor: â€œMid-to-high-end menâ€™s wear is a little stronger, but itâ€™s not as good as it used to be in previous years. Sports and leisure brands are even worse, and they are almost never profitable. â€

This situation is also reflected in the company's financial data. According to the data released by the casual apparel company Senma Clothing (002563.sz), as of the third quarter of last year, the companyâ€™s net profit was 474 million yuan, a year-on-year decrease of 41.4%, and its inventory also increased by 31.28% from the beginning of the year. At the end of the third quarter of last year, seven wolves had an inventory of 736 million yuan, which represented an increase of 49.71% compared with the second quarter, and the proportion of total assets increased from 10.33% at the end of the second quarter to 13.33%.

In contrast, the business and the positioning of high-end men's apparel companies are slightly better.

In the interview with the media last year, Lou Hong, chairman of the board of directors, stated that in 2012, the sales volume of the Shupai brand was approximately RMB 3 billion, and inventory was currently under control.

The above mentioned people also said: "Last year the company was a steady growth, with performance rising by about one to two percent.

For the 2013 situation, the industry is also more bearish.

According to the statistical data of Shenwan Textile and Apparel, 19 brand apparel companies, as of the third quarter of 2012, total inventory in the balance sheet was 11.7 billion yuan, an increase of nearly 18% year-on-year, an increase of nearly 134% from the third quarter of 2010, absolute The amount is also the highest in nearly three years. There is no significant improvement in apparel retail terminals. Based on the persistence of channel inventory pressure and the slow pace of outreach expansion, it is expected that the growth rate of apparel company revenue and net profit will slow in 2013.

Peak CEO Xu Zhihua said in an editorial interview that in the two years, the marketâ€™s spending power is insufficient and demand has shrunk. Although the government will take some measures to promote stable economic development in the long term, â€œ2013 is still not optimistic and we can only be conservative. estimate".

Xu Zhihua told the editors that judging the industry has a very important indicator called the selling rate. When the market is good, the selling rate is between 80% and 85%, and even higher. But in these two years, the selling rate of Peak is only 70%~80%, some companies are even lower. â€œAlthough we are in a controllable range, there is a lot of pressure.â€

â€œIf the pressure of the company in 2012 is on sales (ie, inventory sales), then the pressure in 2013 may be directly reflected in the cash flow.â€ The insider of the said card also said that for the apparel industry, 2013 It may be a worse year than 2012.

The textile and apparel industry is undergoing a process of continuous survival, survival of the fittest, and polarization. â€œFrom the current point of view, the downturn in the industry continues, there is no bottom, and there is no sign of recovery.â€

Our Bicycle Pedal Strap is made of high quality wear-resistant canvas material, durable and comfortable to wear. Compared with single adhesive straps, this double one will be steadier and safer. Our Pedal Straps adopt omnibearing self-adhesive tape without buckle and shackle to reduce wear between buckles. it is suitable for fixed gear, mountain bike, ordinary bike, etc.